'The Long Shadow' - An Interview with Dr Peter Yule 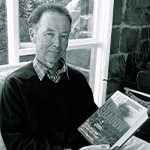 A commemorative and educational podcast made for the Shrine of Remembrance.

This interview is dedicated to Australia’s Vietnam veterans and their families.

Please note that the audio does contain some sound effects of war, protest and discussion around suicide.

In this podcast, an interview with independent historian Dr Peter Yule about The Long Shadow: Australia's Vietnam Veterans Since the War, a book that explores the medical, psychological and health legacies of the Vietnam War on Australia’s veteran community. Vietnam veterans are still our biggest recognisable veteran cohort, also regarded as today’s ‘keepers of ANZAC’.

Peter Yule is a research fellow in the School of Historical and Philosophical Studies at the University of Melbourne. He is interviewed by Megan Spencer, a broadcaster and podcast producer with a particular interest in remembrance and the impact of military service.

At almost 700 pages, The Long Shadow is a broad, detailed and compelling study of the specific and unique experiences faced by Vietnam veterans involved in Australia’s most socially and politically divisive overseas war to date - and its very human cost.

In researching and writing the book, Peter says that the only stipulation given to him editorially “was to make sure the voice of the veterans was heard”. It includes powerful insights from Vietnam veterans, their family members, medical experts, veteran advocates and others. As one reviewer wrote, The Long Shadow addresses “deficiencies of past studies’ failure to engage with the lived experience of veterans”.

The Long Shadow was commissioned by the Australian War Memorial and is published by New South Publishing. It was published on 1 November 2020.

Megan interviewed Peter just after its publication, in early December 2020.

‘Or Forever Hold Your Peace’ (1970). Audio supplied by the National Film and Sound Archive of Australia’s Australian Screen Collection and used with kind permission from Richard Brennan.

Dr Peter Yule for his time and for the generous interview.

More about The Long Shadow.

More about Tom Frame and his work on moral injury.

The speakers’ views are their own and while all reasonable attempts are made to avoid inaccuracy, interviews should not necessarily be understood as statements of fact or opinions endorsed by the Shrine of Remembrance.

If this interview raises any issues for you, please contact: