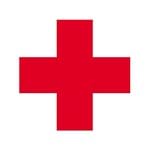 On the afternoon of 28 March 2005, an earthquake of magnitude 8.7 struck Indonesia, precipitating an Australian military humanitarian response. HMAS Kanimbla, which had been offshore near Banda Aceh for over 2 months following the Boxing Day tsunami was turned back to Indonesia to provide support.

A new team of medical staff were needed to man the Primary Casualty Reception Facility (PCRF).

As a Royal Australian Air Force (RAAF) reservist and having served as a civilian in Banda Aceh only three month prior, within hours of a call to serve, I was packed and heading for the airport. I met up with colleagues well-known to me. A tall man with RAAF insignia on his camouflage uniform stood out among the many Navy personnel at the departure gate in Sydney. He was an RAAF medic. I noted with a smile that we were greatly outnumbered by Navy and we needed to look out for each other. Later that morning, with all our kit and relief supplies loaded, we flew north to Brisbane to collect the Army medical personnel who formed most of the medical contingent.

On the morning of Friday 1 April 2005, a Sea King helicopter flew us onto the ship. A warm welcome immediately made me feel valued. As we sailed south towards Nias, the surgical team spent time preparing to receive casualties. The following day one of the Sea Kings, Shark 02, moved primary health care teams and interpreters ashore. At the clinics, people with injuries that were amenable to surgery were ferried back to the ship. Medical teams came into action at multiple stations. The patients were triaged, and the theatre teams started their work. Late afternoon, a runner came into the ward area to announce that they were immediately bringing in the remaining patients. A helicopter had gone down, our helicopter, and two injured Australian Defence Force (ADF) members were being brought back. An injured medic is carried by his team to a US helicopter for onward movement
6 April 2005
Photographer: Able Seaman Bradley Darvill, Commonwealth of Australia

Two Australians were on stretchers in the resuscitation bays. One was a navy medic, injured, but not critical and I moved to the next table. This man was speaking, but in pain and hard to hear through his oxygen mask. It was my RAAF medic colleague. The one I had told that we should watch out for each other. I laid my hand on his shoulder and assured him I would look after him as promised. He visibly relaxed and a chill went down my spine. I was responsible for this man. He was putting his life in my hands. This man, an Australian, in a uniform, in my service. He was family, injured in a remote place and we had limited capacity to meet his potential needs.

It slowly became clear that no others had returned. My anaesthetist spoke to me about a shore party for the next day. It would be comprised of senior sailors, medical members and representatives of each of the services of those we had lost. RAAF had lost three and I was the senior officer of the only two remaining. I volunteered to be in the shore party. I felt prepared. I was familiar with the emotional detachment required for dealing with surgery, trauma, burns and death. However, experience warned me that despite my acceptance of the duty, I would find this emotionally challenging. In the past a friend had advised me to wear red underwear on days when I knew I’d need some extra strength. I had donned this under my Navy overalls along with a pink fluffy lanyard—a gift from family to remind me of a better place, a normal joyful world. En-route to the crash site
3 April 2005
Bridges and roads on Nias no longer aligned post-earthquake.

The crash scene was sobering. Shark 02 had been reduced to ash and twisted burned metal in the middle of a sports oval. Remaining dispassionate was a great challenge. Only seven of our colleagues were apparent. Somewhere in the tangled mess could be two more. We worked slowly and afforded our friends every dignity as we went. One by one we moved our friends from the crash scene and prepared them for home. All nine were found. There were no unexpected survivors.

The last one to be lifted clear was a giant of a man. I had no doubt as to his identity. I’d taught him on a trauma course. He’d rowed the Atlantic. A man who loved life. I spoke to him and told him he was going home. Back to family. Back to loved ones. They would grieve his passing, but the world was a better place for his contribution and we would continue to be better people through knowing him. Duty done, I sat next to a colleague on a park bench and cried. We’d just completed an extraordinary day of huge emotional challenge in blistering heat.

We sat quietly, tears running down our cheeks. Ours were brave tears, tears we had earned. I passed on my tip about wearing red underwear when expecting a bad day. He gave a snort of laughter through his tears and returned to task.

Back at the wharf, the rigid-hulled inflatable boat came alongside as another quake hit. The wharf trembled, and sections fell away behind us. It was every man or woman for themselves as we leapt down into the safety of the boat. As we started to motor away from the island, I looked back past the white ensign fluttering from the stern, back towards the sun setting behind the green hills of Nias. Words from the Ode came to mind:

At the going down of the sun and in the morning

We will remember them

I would certainly never forget the sacrifice these men and women had made. They were compassionate medical staff and willing aircrew, on a mission to help local nationals devastated by a natural disaster.

We stayed on and continued our relief work. Men quietly noted as I passed them in corridors: ‘You were in the shore party, weren’t you Ma’am? Thank you.’ Their respect and thanks went a long way to help me survive that event with my sense of self intact.

I flew out at the end of the tour to an unexpectedly emotional reunion with my family. I couldn’t help but reflect on the fact that my lost colleagues would have left their families as I had left mine, with fond farewells and an expectation of a safe return. Returning to work, I was shocked by colleagues’ lack of insight or empathy. The question ‘Did you have a good time?’ was often repeated. I had no answer. When a senior military surgeon asked me the same question, I realised no-one would ever understand apart from those that were there. There are aspects of that day that I will never be able to share. The emotion and sensory inputs of touch, smell and vision formed strong memories.

I now fully comprehend why veterans must gather together after such shared events. They do not need to speak of what happened, but each one knows that they are among those who witnessed the same events. It wasn’t a dream, but a reality, and it happened with these men and women. In sharing these stories of service, others can remember those who gave their lives in service to Australia, on a fine day coming into a clear landing zone in Indonesia to provide urgently needed medical care:

Group Captain Annette Holian is an Orthopaedic and Trauma surgeon and a Governor of the Shrine of Remembrance. Her current RAAF appointment is the Clinical Director of Surgery and Perioperative Services, RAAF. She joined RAAF in 2000 and has served in East Timor 2000 and 2001, the Solomon Islands 2003, Indonesia 2004, 2005, 2006 and in Afghanistan 2008, 2010 and 2012. She has been a long term member of the RACS Trauma committee, Chair of the Military Section since 2014 and is currently the RACS Councillor, Chair of the Board of Surgical Education and Training and Australian Orthopaedic Association President Elect.