Following the tragic aftermath, one man and his team continue to wage the intelligence war on Improvised Explosive Devices (IEDs). 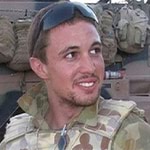 View out past the back gate of the base at Tarin Kowt.

Yesterday morning, Private Warren shifted his weight while positioned behind the machine gun and triggered an anti-personnel mine that instantly severed his leg. The mine started an explosive chain initiating detonating cord leading to three 82-millimetre mortars that exploded under his friend, Private ‘Benny’ Ranaudo, killing him instantly.

They had been in the same location for two and a half hours, providing a cordon about halfway up the Baluchi Valley, while the remainder of the company conducted a search of qalas a few hundred metres south. All the while, locals had been moving through the area, within centimetres or even millimetres of the device. A young local boy lost three toes and two other men received superficial wounds from fragmentation.

When Private Ranaudo was killed I had been in Afghanistan for nearly two months running the Weapons Intelligence Team. My team supported the coalition forces operating in Uruzgan Province by developing technical intelligence on the insurgent groups and particularly their use of Improvised Explosive Devices (IEDs)—the insurgents’ weapon of choice, and the weapon that killed Benny, the young infantry soldier from the Townsville based battalion. Technical intelligence was nothing new; in fact, it was as simple and ancient as with any army learning the characteristics, lethality and vulnerabilities of its enemy’s weapons. The collection of this information was formalised during the First World War, when the rate of advancement in munitions, weaponry and delivery systems reached speeds never before seen.

During the Cold War technical intelligence helped track the proliferation and capabilities of nuclear weapons in addition to the technological advances in conventional weapons systems such as tanks, artillery, ships and aircraft—all of this paramount for understanding in the arms race.

But it was the conflicts in Northern Ireland, then later Iraq and Afghanistan that saw such intelligence processes used to track the emergence of IEDs and the rapid changes that were characteristic of these asymmetric warfare weapons.

For me and my team this involved our being dropped at bomb sites, like the one where Benny was killed. We worked to understand the fundamentals of the incident—to understand everything: what the good guys were doing; what the bad guys were trying to achieve; how the IED was emplaced; what it was made up of; the triggering method; the chemical make-up of the explosive charge; the power supply; how it was all connected; whether fingerprints or DNA had been left during the fabrication or emplacement... the list went on. Frustratingly, the information was regularly collected after an incident where someone was killed or injured. 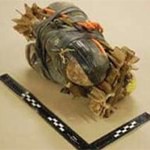 What we did know was that if we took all the information and compared it with other IED incidents, we started to see patterns, trends and signatures that provided clues as to who built it, who emplaced it, and what the supply chain looked like. We could then overlay all the other intelligence we had on the insurgent networks, and suddenly real ‘actionable intelligence’ started to appear.

There were two valuable outcomes from this. First, we had information about attacks that we fed to soldiers so they could understand the bombs being used against them. Understanding the weapons allowed them to train and develop tactics to protect themselves. Second, a ‘target pack’ could be built with all the information, so that an individual bomb maker, transporter or trainer could be targeted. This target pack would drive ‘cordon and search’ operations by joint coalition and Afghan soldiers or, if you pulled together some really solid information, the Special Forces might even use it for raids to capture key insurgents.

On 18 July 2009 we were dropped off in a cloud of dirt, and when the helicopter finally lifted off, we found ourselves in an eerily quiet field with a small group of soldiers dotted in security positions in the surrounding trees and among banks and aqueduct walls. They were all very calm and at first it was difficult to imagine how, that very morning, this had been the site of an explosion, of shouting, panic, severed limbs and death. Members of Benny and Paul Warren’s section had asked to remain on task in the same location as the IED strike. At first, in speaking to the young corporal, the section commander who had been in charge of the casualties, I didn’t quite understand how it had occurred, how they had been in the same location for hours and how the device had been triggered by chance. The young corporal calmly talked me through the details several times. He explained that they had stepped out early that morning for a cordon and search operation while it was still dark. They had put in their security positions before sunrise so as not to alert the locals. His section had been part of the outer cordon while the Afghan soldiers searched specific qalas. Locals were moving through the area not long after they arrived, and Private Warren had been behind the machine gun with Ranaudo standing behind him when the bomb went off. He told me how they had looked at Benny and realised there was no way he was going to be revived. It was likely he knew nothing of the blast.

I spent a few minutes sitting with the company commander. He answered all my questions, but I had the feeling he really needed some time for quiet contemplation. To have soldiers under your command killed is something that can haunt a man for the rest of his life.

Once back at the base in Tarin Kowt, I didn’t go to the ramp ceremony, the ceremony for loading Benny Ranaudo’s coffin onto the aircraft to take him back to Australia and to his grieving family. In fact, I never went to any ramp ceremony. I thought the best way to remember the fallen was to keep working to try to stop losing soldiers. The death of Private Ranaudo gave a real urgency and perspective to our work.

I feel confident the work we did went to help save lives in the province—soldiers, police and most importantly innocent civilians. Though tragically, we were unable to prevent the deaths of so many—Private Ranaudo, sadly, just one in the tally of fatalities caused by IEDs.

Over the next seven months following this incident I was constantly in awe of the courage and stoicism of the many Australians I worked with—particularly those who worked closely with the Afghan Army soldiers, usually in isolated patrol bases, generally for protracted periods of time.

I saw teams that had taken casualties the day before go out on patrol the next day knowing they had very little with which to protect themselves from hidden bombers waiting and watching as they approached. They had to trust that their body armour, helmets, well-practised drills, their reliance on each other—and a degree of luck—would protect them.

I was privileged on numerous occasions to look on as the young lieutenant, the older warrant officer, the handful of infantry, artillery forward observers and a medic, trained the Afghan soldiers—negotiated patrols, coaxed and coached them out the gate of the patrol base. There was mutual respect. The Australians understood the reality for the Afghan soldiers—that the countryside was full of Taliban who wanted to kill them. And the Afghan soldiers understood that the Australians were here risking their lives to help them keep the country from falling into the hands of their enemy.

Garth Callender left the regular Australian Army in 2013 after a distinguished 17-year career, during which he served in Iraq and Afghanistan and rose to the rank of major. He left an enduring legacy in weapons technical intelligence, and trained many hundreds of soldiers from raw recruits through to deployment. Garth is the published author of After the Blast: An Australian Officer in Iraq and Afghanistan, July 2015. He currently works as an employment advocate for former military people – working to change the mindset and employment practices of Australian industry and government.