Strong, rigorously trained, warriors have been celebrated by their societies since ancient times.

Powerful associations have been drawn between valour and sexual potency.

Warriors are encouraged to glorify physicality and their own bodies ON LOAN COURTESY OF THE AUSTRALIAN WAR MEMORIAL ART91132

…I met Alicia in the mess at Robertson Barracks, Darwin. The first time I saw her she was pretending to hit a large male soldier and laughing vivaciously. She later told me that her boyfriend (also in the army) was in East Timor. He'd asked for a photo of her. She thought she'd like to send him a nude drawing instead. We agreed it would be fun to pose her in her army boots and hat. 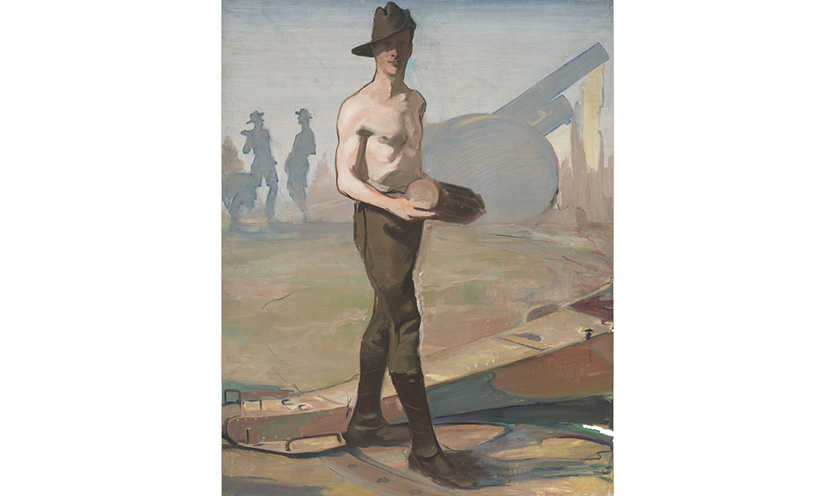 ON LOAN COURTESY OF THE AUSTRALIAN WAR MEMORIAL ART19992

First World War (1914–18) Official War Artist, George Benson’s bare-chested Gunner—tall, lean chiselled, poised—represents the classical ideal of male beauty. His virility is underscored symbolically (if not subtly) by the six-inch charge case nestled in his hands and the backgrounded howitzer rising from his loins.