‘Wartime morality'—stemming from fear that death may come at any time—disrupts pre-war social norms and lowers inhibitions.

Civilians and troops, alike, may find themselves compelled—by loneliness, frustration, or economic privation—to pursue encounters, or engage in behaviours, that may not have occurred in peacetime. 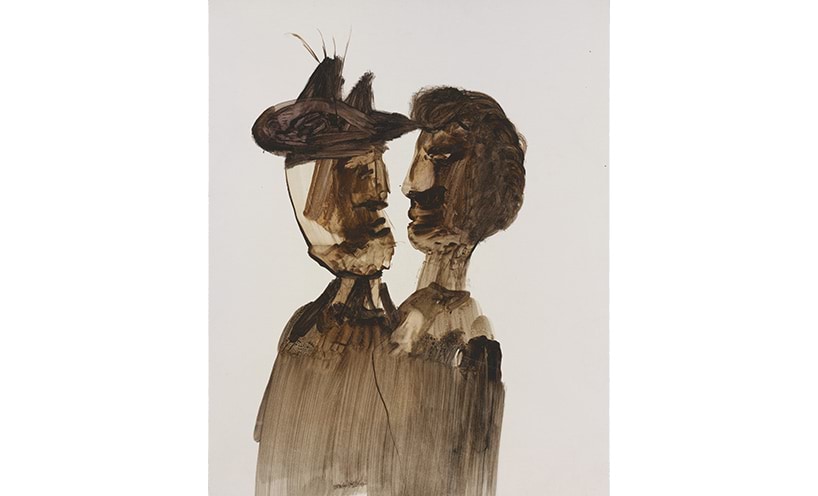 ON LOAN COURTESY OF THE AUSTRALIAN WAR MEMORIAL ART91364

The wars of the twentieth century brought to the fore many issues around sexuality that had been simmering in Australia for decades. Attitudes to sex shifted further away from duty and procreation to pleasure and self-realisation. Australians grappled with complicated wartime relationships, endured long separations, infidelities, abuse, and abandonment. Unexpected children and sexually transmitted infections threw lives into turmoil. Same sex attractions and liaisons with exotic lovers opened new worlds. The avant-garde artist Albert Tucker was unsettled by the drunken, licentious behaviour of young women and servicemen on leave in Melbourne’s blacked-out streets during the Second World War (1939–45).

…All these schoolgirls from 14 to 16 would rush home after school and put on short skirts made out of flags—red, white and blue—and go tarting along St Kilda Road with the GIs and, of course, diggers.

Compensation (Back of the Waggon Lines), 1918 An Australian soldier confers with a French woman behind the lines on the Western Front during the First World War (1914–18). Their attitudes suggest a business transaction is about to take place.

Lieutenant Frederick Manning, an Australian serving in the British Army, wrote in his novel Her Privates We

…segregated males hungered for two fundamental necessities… food and women. In the shuddering revulsion from death, one turns instinctively to love as an act which seems to affirm the completeness of being.