The Shrine was dedicated on 11 November 1934. In 1940 the Shrine Trustees proposed that the Crypt would be an appropriate place in which to lay up the Colours of disbanded Victorian regiments. This idea came to fruition on 4 October 1953, when the 24 Battalion Colours were the first to be laid up. By December 1953 the Colours of the 21st, 22nd and 29rd Battalions had also been lodged in the Crypt.

The Colours of a cavalry regiment are traditionally in the form of a Guidon or swallow–tailed flag which derived its name from the French Guyd-Homme (Guide Man), who would lead by carrying the flag.

The Colours and guidons have been given into the custody of the Shrine Trustees at solemn ceremonies conducted in accordance with long established traditions. Light Horse guidons date from the 1850s and most recently, in 2006, five guidons were laid up. The Crypt Colours originate from 27 Victorian units of the Australian Army and represent some 25% of all Victorian Regimental Colours. Other Colours are laid up elsewhere in Victoria and five are held in the collection of the Australian War Memorial, Canberra. 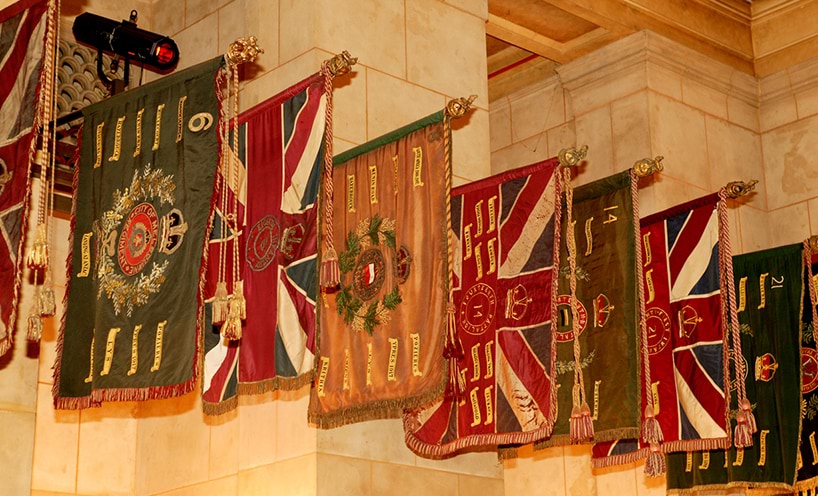 Explore more about the Crypt colours and guidons: