The Board of Trustees is responsible for the care, management, maintenance and preservation of the Shrine monument and the Shrine Reserve. Meet the team. 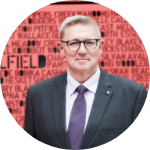 Stephen Bowater was appointed Chair of the Shrine of Remembrance Trustees in February 2021. A proud Victorian inspired by the military service of three generations of his family, Stephen entered the Royal Australian Navy as a 15-year-old Junior Recruit in 1976.

Participating in operations and peace enforcement deployments around the world, highlights of Stephen’s Navy career include commanding the frigate HMAS Arunta and Victorian naval base HMAS Cerberus.

Most recently, Stephen served as Commander Shore Force holding responsibility for 14 Naval Bases and 3,200 people. He led Navy’s efforts in support of Operation Bushfire Assist 19 and the deployment of over 1,500 personnel nationally to support Australia’s response to the COVID-19 Pandemic.

With a sound knowledge of military history and commemorations in Victoria, Stephen leads the Shrine’s board of directors in fulfilling their responsibilities for the care, management, maintenance and preservation of the Shrine monument and the Shrine Reserve. 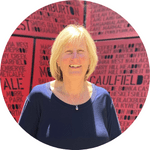 Bunny Carrigan is a business consultant, board director and Army Reserve officer with more than 35 years' service in the Australian Army: 20 years as a logistics officer in the Australian Regular Army and continuing service in the Army Reserve since 2005. Bunny saw operational service in Somalia in 1994, and more recently as Officer in Charge of Forces Entertainment tours to the Middle East Region (2018–20). She has also recently served on Operation COVID-19 Assist in Victoria.

Bunny is active on several committees and boards, including the Veteran’s Review Board, and has been an Honorary ADC to the Governor of Victoria. Bunny was appointed a trustee of the Shrine of Remembrance in March 2020 and Shrine Deputy Chairperson in May 2021. 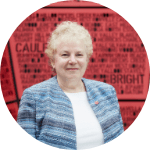 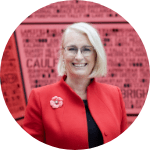 Sally Capp was elected Lord Mayor of Melbourne in May 2018. With her re-election in October 2020, Sally became the first woman to be directly elected to the office of Lord Mayor. Sally’s top priority is, ‘…bringing the buzz back to Melbourne,’ and driving the city’s economic recovery following the devastation caused by the COVID-19 pandemic.

Sally was the first woman to hold the post of Agent-General for Victoria in the UK, Europe and Israel. She has also served as the CEO for the Committee for Melbourne and as Victorian Executive Director of the Property Council of Australia. A passionate Collingwood supporter, in 2004 Sally made history as the first female board member of Collingwood Football Club.

Sally began her career as a Solicitor, after completing Law (Hons) and Commerce degrees at the University of Melbourne. She is involved in several charities, currently sitting on the board of the Olivia Newton-John Cancer Research Institute, the Mary Jane Lewis Scholarship Foundation and the Melbourne University Faculty of Business and Economics. 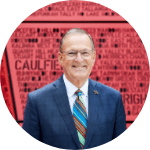 Roger Clifton has an extensive family background in the military. His father served in the Navy during the Second World War where both his brothers paid the ultimate sacrifice with one being lost on HMAS Sydney when she was sunk off the Western Australian coast, and the other killed in action while serving in the Middle East and Mentioned in Despatches. Roger served in Vietnam in the early 1970s as a conscript. He later had a four-decade career in advertising and marketing, as Managing Director of the Melbourne offices of three international advertising agencies, one of which he was a Principal.

Roger is Chairman of the Victorian Veterans Council and a Director of William Angliss Institute of TAFE. Tracey Curro is a former 60 Minutes reporter, Al Gore Climate Change Ambassador and a Queensland University of Technology Outstanding Alumnus with over 20 years experience as a journalist, producer and presenter in mainstream media.

Tracey was Executive Director Communication and Engagement at Ambulance Victoria, and prior spent 10 years in executive search where she led the corporate affairs and communication practice, undertaking national and international searches for ASX 50 corporations and government agencies. 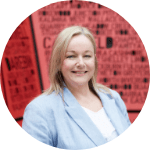 Nikki Deighton is the daughter and granddaughter of Army veterans who served in the Vietnam War, Borneo and the First World War. She has worked in education for over 30 years and is Director and Principal Consultant at dk2 where she develops programs that support the design of learning experiences that effectively engage students and the wider community.

Nikki prides herself in her ability to explore ways of engaging diverse audiences and targeting practical strategies to support social wellbeing. Graeme Plumridge is the nominated Melbourne Legacy representative to the board of the Shrine of Remembrance Trustees. He is a Past President of Melbourne Legacy and currently chairs their Finance Audit and Risk Management Committee. Graeme has previously served as a director and treasurer of Legacy’s National Body, Legacy Australia Incorporated.

In his business life, Graeme was Director and Chief Financial Officer of a private company with two other proprietors. The company operated successfully in the construction industry and employed 250 staff. Graeme served two years in the Australian Army as a National Serviceman and is a Vietnam veteran. Rob Webster was a National Serviceman in the Australian Army and served in Vietnam 1970–71. He is the State President of the Returned & Services League of Australia (Victorian Branch) Inc, being awarded Life Membership with Gold Badge in 2002.

During his working career, Rob was an accountant, land valuer and university lecturer in property and finance. He was appointed as a trustee of the Shrine of Remembrance Trustees in 2017 — the same year received a Medal in the Order of Australia.

Talieh is a senior executive with deep experience across all aspects of investment stewardship, ESG integration and sustainable investing. Talieh is currently working as an independent responsible investment advisor, and prior to this, led the investment stewardship teams at both UniSuper and the Victorian Funds Management Corporation. Talieh has also worked in sustainability consulting, the oil industry and commercial legal practice.

Talieh currently sits on the Climate Bonds Standards Board and has previously been a director of the Australian Council of Super Investors, the Responsible Investment Association of Australasia and the Investor Group on Climate Change.

Talieh holds a Master of Social Science (International Development), a Bachelor of Laws (Honours) and a Bachelor of Planning and Design (Urban Design).

The following committees assist the Trustees in the performance of their duties:

The Audit and Risk Management Committee considers matters including:

The Ceremonial Committee considers matters including:

Life Governors and Governors assist the Trustees in the conduct of commemorative services.

The Executive Team implement strategy and direct the day to day activities of the Shrine.