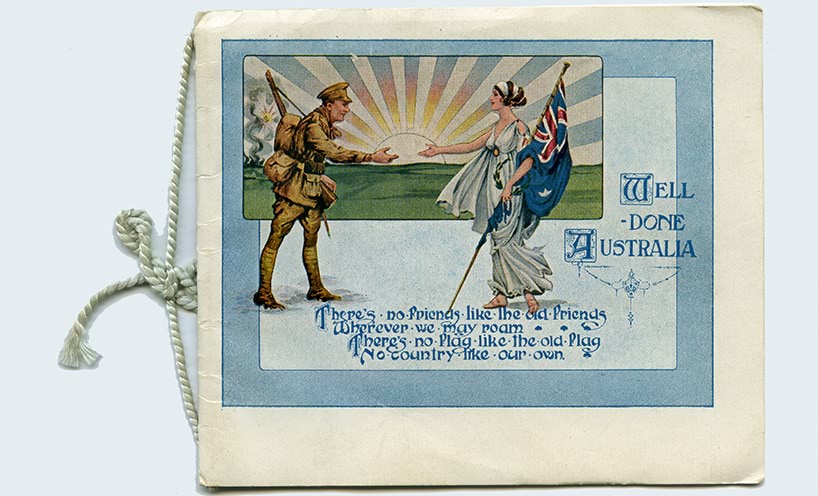 Classical representations of women were often used to personify Britain and its colonies—reinforcing an idea that the British Empire was the natural heir of Rome. Women were viewed as agents of civilisation who would rehabilitate brutalised war veterans with love and family life.

Symbolising Australia as a Vestal Virgin was a Eurocentric allusion of the ‘young’ colony’s future promise—ignoring the continent’s ancient indigenous history and geography. Uncover other objects from 'Trauma'